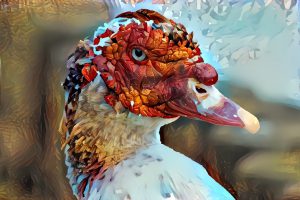 Some see solar PV generation as beautiful, zero-carbon, virtually free electricity for everyone to share.

However, this month, the Western Australia government and the Australian Energy Market Operator (AEMO) has called out the ugly side of our solar surge – the ever increasing “duck curve.”

In its most recent report on energy security, AEMO told us to expect more frequent, longer, unpredictable blackouts if we continue down the current path of unrestricted solar PV in WA.

The volume of solar PV in WA has been growing for well over a decade, so much so that daytime demand from the main grid has fallen dangerously low as thousands of megawatts of excess solar electricity floods into the system. Low system demand means WA’s slow and steady large-scale synchronous generators (think large Collie coal generators) cannot operate, which results in a less stable system, prone to frequency and other physical issues. All it takes is for the sun to disappear behind a cloud and we get load swings of up to 750MW.

Even those of us who adopted solar early and have been reaping the benefits for years still need a reliable network connection. The sun isn’t always shining, and it’s good to be able to get our energy from others (or sell it back) if we need to. So, it’s in everyone’s interest to keep the system stable, and affordable.

AEMO’s recommendation to stop the system falling over in the short term is to be able to control any new solar PV systems installed >5kWh, so in emergency conditions they can ask your retailer to reduce your solar export. Not a bad idea, but we all know people who don’t like the idea of being ‘controlled’.

We think there’s a better option though. We have recommended to the Government a new scheme is established that encourages all customers to offer control of their electricity usage for the benefit of the electricity system. This could be by reducing solar output, increasing demand through turning on hot water systems, air conditioners, or pool pumps. The same would apply for batteries. This would not just be during emergency conditions, but any time the system needs help or value can be created and shared.

People with PV systems have been getting a pretty good deal for a long time. Even though we didn’t know we were causing a power system problem, it is now that we really must start accepting the hidden costs of free energy and do our part. If we take this opportunity to show that as solar users, we can provide value in supporting the security of our electricity system (and still get a pretty good deal), we can look forward to bigger opportunities through participation in the electricity market in the future.